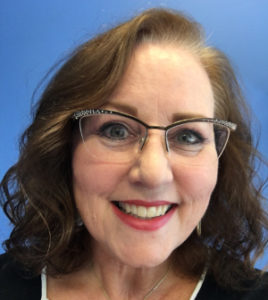 Veteran multimedia journalist Liz Jarvis Fabian has been on the frontlines of the headlines in Middle Georgia for more than 35 years. The former hurricane chaser and news anchor for The Weather Channel won numerous awards for spot news and writing both hard news and feature stories. In 2017, she was chosen by the Associated Press as Georgia’s Best Beat Reporter from among the state’s leading newspapers for her extensive live coverage of Hurricane Irma. Fabian has worked at all of Macon’s television stations in a variety of roles including news anchor, managing editor, reporter, weathercaster, producer, videographer and editor.

A native of New York’s Long Island, Fabian moved south with her family to Milledgeville, Georgia, while she was in high school. She began studying journalism at Georgia College where she received a bachelor’s degree in English with a minor in speech and drama. She wrote for the campus newspaper, the Colonnade, and served as morning news director for the WXGC radio station. Although she began working in television before graduation, her radio skills would later come in handy anchoring nightly newscasts for WSB radio in Atlanta and for the Mix in the Morning and NewsTalkCentral morning shows in Macon.

While at WMAZ-TV, she earned numerous accolades for her live reporting during the Great Flood of ’94 and was recruited to provide satellite coverage of the aftermath of the Centennial Olympic Park Bombing for the Gannett (now Tegna) broadcasting network. Before joining the Center for Collaborative Journalism, she served as The Telegraph’s premiere multimedia journalist and its first social media interactivity editor. Her on-scene reporting of the Pactiv packaging plant fire and videos from the 2008 Mother’s Day tornado outbreak helped earn President’s Awards from the McClatchy Co. Fabian considers her greatest honor to be nicknamed by her broadcast colleagues as “The most trusted journalist in all of Middle Georgia.”