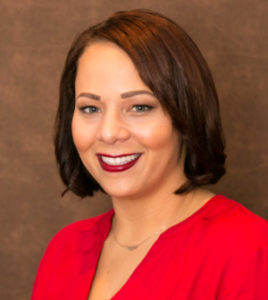 Amyre Makupson is the WMUB news director. An eight-year veteran of television news, Makupson has worked nearly every job within the news industry including evening anchor, reporter, producer, photographer and editor. She comes to the Center for Collaborative Journalism after spending four years serving as a primary evening anchor at a local television news station.

As the news director at WMUB and the Center for Collaborative Journalism, Makupson is responsible for managing and instructing journalism students involved with the school’s station, as well as students who are interning at local news affiliates. You will also see her television reports both on WMUB and our media partners though the Knight Foundation.

Makupson is from Detroit, where her family still lives. She has one son, Myles. Although an avid Detroit sports fan, she loves cheering on the Mercer Bears.